Does One Vote Matter?

See Why Your Vote Matters

"When the righteous increases, the people rejoice, but when a wicked man rules, people groan."  ~ Proverbs 29:2 (NASB)


You decide to leave it to the other voters to make a decision that will impact you for years to come. We want to encourage you that your one vote is always important.

In recent years, more elections than ever are being decided by the slimmest of margins. One needs only to look at the U.S. Senate Republican primary in Pennsylvania this year, where the winning candidate was decided by less than 1,000 votes. Or consider a 2020 U.S. House race in Iowa, where the margin of victory was a mere six votes!

Just think, those six people who voted were the deciding factor between having a Representative whom iVoterGuide rated “Conservative” versus one whom we rated “Verified Liberal.”

The margin of victory of modern elections is often quite small, only a handful of voters can make a significant difference. For example, in a single election cycle in 2018:


Such slim margins are even more common in local races. These are only a few examples from relatively recent elections where the decisions made by a mere handful of voters on a single Election Day made a difference in the outcome. None of us knows (until it’s too late) if our vote might be the one that would change the outcome.

Don’t leave your future and your children’s future to chance.

One last example . . . you may recall from news reports at the time the Virginia House of Delegates District 94 race from 2017. After a close result in the initial count led to the inevitable recounts and challenges, the election was declared a tie by the Virginia Supreme Court. In January 2018, the winner was determined by drawing lots. That result determined which party had control of the House of Delegates (51-49). There were 23,891 official votes cast in a district with a population of 79,429, one additional vote for either of the two major candidates could have determined the outcome. Can you imagine leaving the result up to chance? 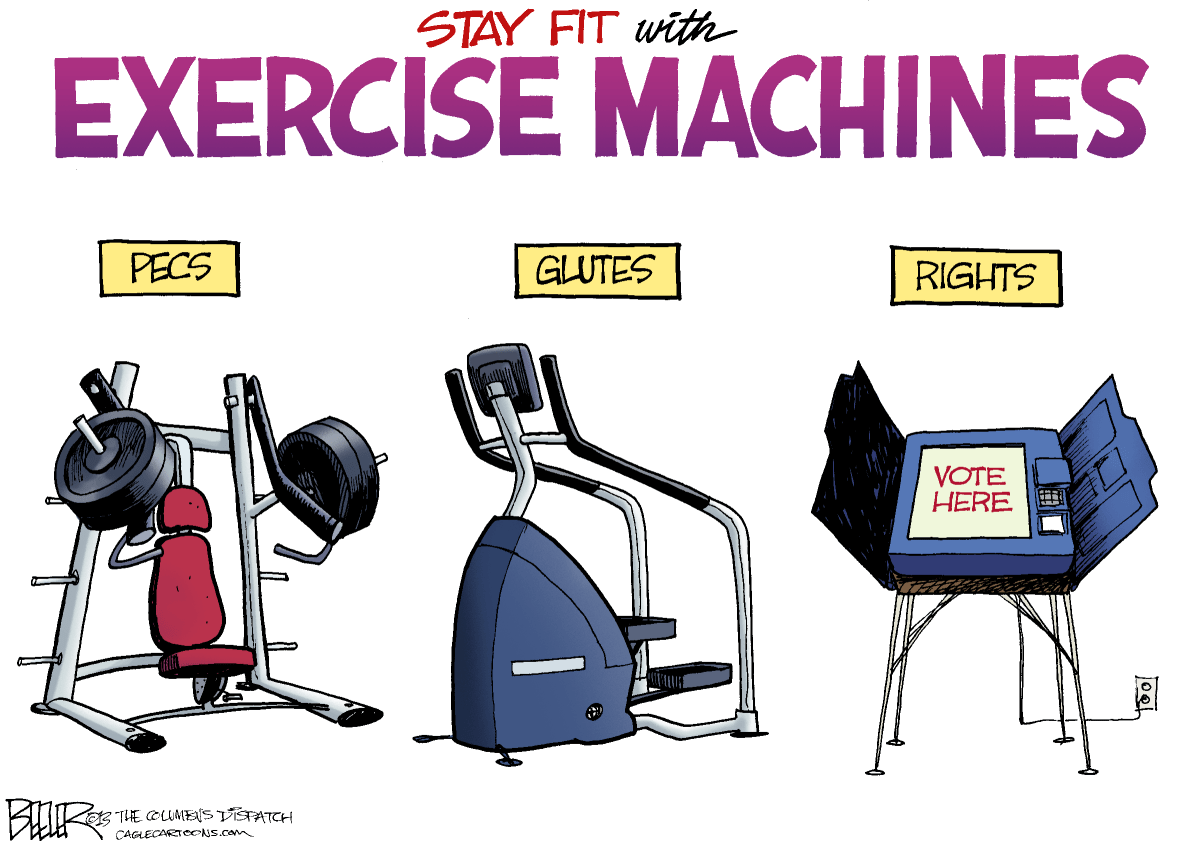 At iVoterGuide, we think it's important to be an informed voter, so that you make the best choice—that's why we are here.

< Why Vote?
Saving the Constitution >

How Did iVoterGuide Begin?
Is There A Wall of Separation Between Church and State?
Join Us in Actively Praying for 2023
The Second Most Important Thing…
The Conservative Current
How to Contact Congress
Thank You for Your Feedback!
"The Government Shall be Upon His Shoulder"
Ranked Choices and Lost Voices
What is Ranked Choice Voting?
"Duty is Ours; Results are God’s"
Join me in Petitioning God on Behalf of Our Country
Ballot Measures: What Does That Mean?
Your Freedom is Under Attack
Decoding the Left's Lies
Why Vote?
Does One Vote Matter?
Saving the Constitution
The Elephant/Donkey in the Room
Do More Than Vote
Updated Candidate Questions for Today's Issues
Take Advantage of our Candidate Questionnaires
Understanding Candidate Profiles
Judicial Candidate Evaluations
Answered Prayers
The Importance of Primary Elections
Pray for Our Country
Tribute to Richard Ford
Tools to Help You Reach Your Neighbors
Protect Our Children
Free Church Outreach Materials
What Candidate Ratings Really Mean
Importance of Panelists
The Blessings of Religious Liberty
Lessons from a Day of Infamy
A Bold Response
The First Thanksgiving
Debunking the Left’s Arguments on Abortion
How Does Redistricting Affect You?
State Powers vs. Federal Powers
Life or Death Voting
Dobbs vs Jackson
The Importance of Worldview
Pray for the Supreme Court
Why Do We Do What We Do?
20 Years Ago
Take Courage
Separation of Powers
Immigration Issues and the Bible
Supreme Court Victories
When Justice Goes Packing
Who's Winning?
The Flag is Under Attack
Five Ways to Spot Fake "Facts"
What Is the Filibuster and How Does It Work?
Saving Our Kids From CSE
Presidential Power vs. The People
School Board 101
Toward a Nation That is Good and Free
Political Parties: What Do They Stand For?
How and Why We Partner
Election Ripple Effect