Eighty years ago, on the morning of December 7, 1941, at 7:55 a.m., America found herself suddenly under attack. A devastating surprise raid by Japanese aircraft on our fleet at Hawaii’s Pearl Harbor sank several massive warships, damaged many others, and destroyed numerous aircraft. The most tragic loss, however, was in life. The attack resulted in the deaths of a staggering 2,403 Americans. 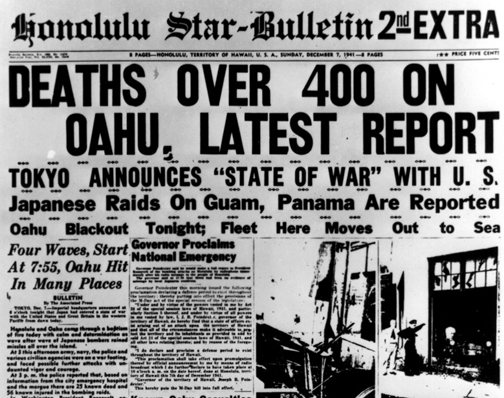 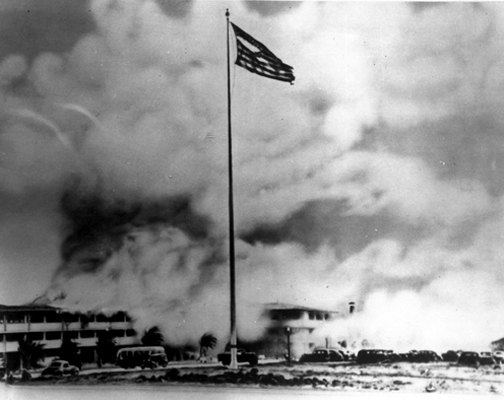 After the initial shock, Americans found themselves facing several decisions of profound significance . . . decisions that would shape the character of our nation and leave lessons for us today.

What can our generation learn from what some call “the greatest generation”?

The Decision To Go To War

The Pearl Harbor attack prompted Congress to declare war on Japan the next day. The declaration of war eventually extended to the other Axis powers of World War II: Germany and Italy.

President Franklin D. Roosevelt branded the day of the attack as “a date that will live in infamy.” In his famous address to Congress on December 8, he stated, “The people of the United States have already formed their opinions and well understand the implications to the very life and safety of our Nation.”

Not only were lives in danger, but our way of life. America was a haven for God-given inalienable rights, which totalitarian powers threatened to crush around the world. Freedom was on the line, and was worth defending.

Defense, however, meant sacrifice—in luxury, lifestyle, and lives. Pearl Harbor catapulted us into a state of war which affected every part of our daily routine . . . from the food we ate, to how frequently we drove our cars, and even to the kind of clothes we wore. Hundreds of thousands of our fathers, husbands, brothers, and sons would lay down their lives in service. As the nation braced for these sacrifices in December 1941, we had to make another decision:

To Keep Our Perspective

On that Christmas Eve in 1941, our ally – British Prime Minister Winston Churchill – attended the lighting of the National Community Christmas Tree at the White House. This tenacious fighter for liberty encouraged the American public with his exhortation:

“Let the children have their night of fun and laughter . . . Let us grown-ups share to the full in their unstinted pleasures before we turn again to the stern task and the formidable years that lie before us, resolved that, by our sacrifice and daring, these same children shall not be robbed of their inheritance, or denied the right to live in a free and decent world.” 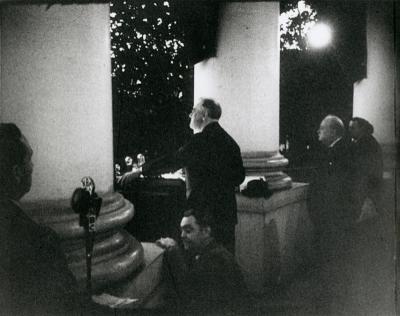 The war wasn’t simply about our nation’s survival, but about the kind of world in which our children would grow up.

Do we have the same selfless resolve within us today? While we are not at war in the same way as our greatest generation, we still face a struggle against forces of totalitarianism encroaching on the peace and freedom God has given us and our families. The totalitarian vision of the future for our children looks vastly different from the future our parents and grandparents fought to preserve for us.

As we learn to adopt Churchill’s perspective, we can also learn from another choice which confronted that generation:

To Keep Our Faith

After deciding to go to war, our nation, and each individual, was faced with the decision of how we were going to wage this war – fueled by love, or hate?

Four months after the raid on Pearl Harbor, an American bombardier named Jacob Deshazar was captured by the Japanese and became a prisoner of war. Enduring over three years of brutality at the hands of his captors, his heart became full of bitterness and hatred. After reading a Bible during solitary confinement, however, Jacob found personal forgiveness in Jesus Christ . . . and a new heart.

After the war ended, he traveled to Japan to share the message of forgiveness with those who had mistreated him. His testimony so astonished a former Japanese pilot, Mitsuo Fuchida, that he also became a believer. Fuchida was the commander who had led the attack on Pearl Harbor.

“I believe with all my heart that those who will direct Japan—and all other nations—in the decades to come must not ignore the message of Jesus Christ…. Peace and freedom—both national and personal—come only through an encounter with Jesus Christ.” - Mitsuo Fuchida

Many Americans like Jacob realized that it wasn’t enough to simply believe in and fight for a righteous cause. Unless we were made righteous ourselves through the work of Christ, our hearts would be corrupted by hatred, and this hatred would eventually destroy us and our society.

Our generation faces another crisis, and similar decisions.

The rumblings of political and cultural strife in our nation came to a head last year. Covert opposition against our founding biblical principles has become overt, and those forces are not retreating from the political arena anytime soon.

So, what will we decide to do? Will we engage, or pull back? Will we engage with the right motivations, and in the right way? In 2022, we will see numerous campaigns between candidates with vastly different visions for our country. Will we go on with life as usual, or will we make intentional sacrifices to be engaged citizens so the next generation can live in a “free and decent world”? Will we succumb to distorted narratives and emotionalism, or will we learn the facts and share them with others seeking truth?

I hope you will make the decision to engage, recruit others, and lovingly share the truth. We believe we are accountable to God for the way we perform our duty, and that honest, factual research on candidates is a key tool in this fight. As we gear up for the coming election season, let’s also remember to pause for perspective, and to enjoy the blessings of God with our families this Christmas season, as our fellow Americans did eight decades ago.

May their inspiring actions carry us forward today.

The article above appeared in Townhall on December 7, 2021.

< The Blessings of Religious Liberty
A Bold Response >

The Importance of Primary Elections
Pray for Our Country
Do More Than Vote
Tools to Help You Reach Your Neighbors
Tribute to Richard Ford
Protect Our Children
Free Church Outreach Materials
What Candidate Ratings Really Mean
Importance of Panelists
The Blessings of Religious Liberty
Lessons from a Day of Infamy
A Bold Response
The First Thanksgiving
Debunking the Left’s Arguments on Abortion
How Does Redistricting Affect You?
State Powers vs. Federal Powers
Life or Death Voting
Dobbs vs Jackson
The Importance of Worldview
Pray for the Supreme Court
Why Do We Do What We Do?
20 Years Ago
Take Courage
Separation of Powers
Immigration Issues and the Bible
Supreme Court Victories
When Justice Goes Packing
Who's Winning?
The Flag is Under Attack
Five Ways to Spot Fake "Facts"
What Is the Filibuster and How Does It Work?
Saving Our Kids From CSE
Presidential Power vs. The People
How to Contact Congress
School Board 101
Toward a Nation That is Good and Free
Why Vote?
Does One Vote Matter?
Political Parties: What Do They Stand For?
How and Why We Partner
Election Ripple Effect