What Do They Stand For?

At iVoterGuide we work hard to give you all the information you need to vote based on facts and data, and our research cites directly attributable sources – like candidate surveys, campaign finance records, endorsements, and scorecards.

Yet, even with a dedicated research staff, factual data on candidates – especially in down ballot races – can be elusive and sometimes even non-existent.

How is a voter to gain insight into candidates when iVoterGuide doesn’t cover the race (yet!), when a candidate fails to answer the survey, or before a candidate has a voting record?

One thing every candidate does have in a General Election is a party affiliation. Whether it’s a "D," an "R," an "L," a "G," or an "I," each candidate purposely chose their party affiliation and wanted that particular letter of the alphabet beside their name on the ballot.

They chose the party most representative of their values and positions, so shouldn’t we know what those positions are?

As the major parties increasingly disagree on a number of foundational issues, knowing what the parties stand for is an important part of being an educated voter.

Before you go to the polls, make sure you know the major tenets of each party platform.

Here are some great resources, developed by iVoterGuide - in cooperation with several other partners - to help friends and family see the difference between what the parties believe. We've also include a prayer guide that briefly compares the party platforms. Please take a look at these excellent pieces, and see which one best fits your needs. 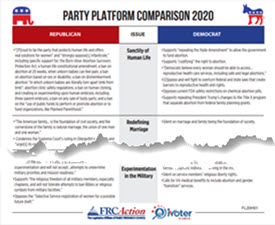 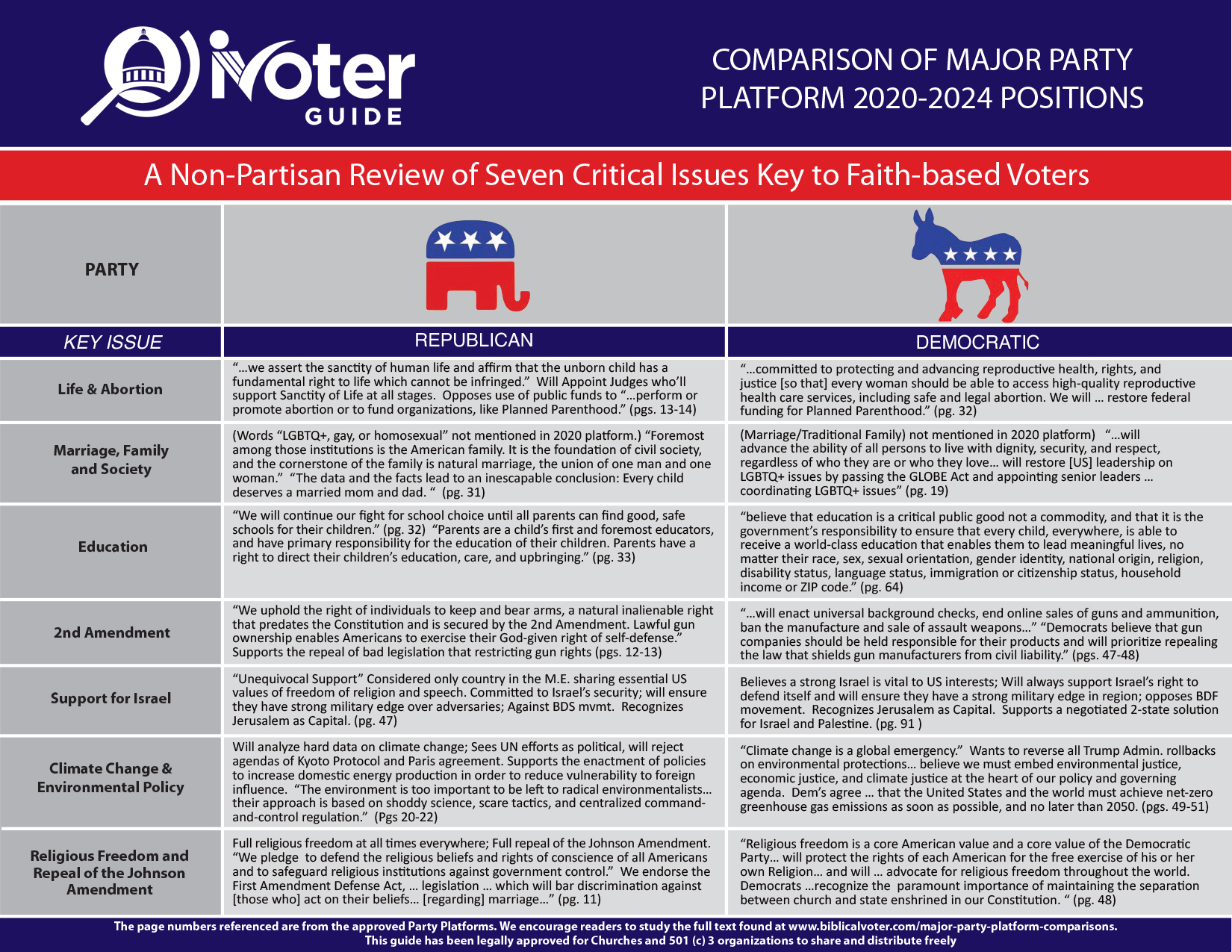 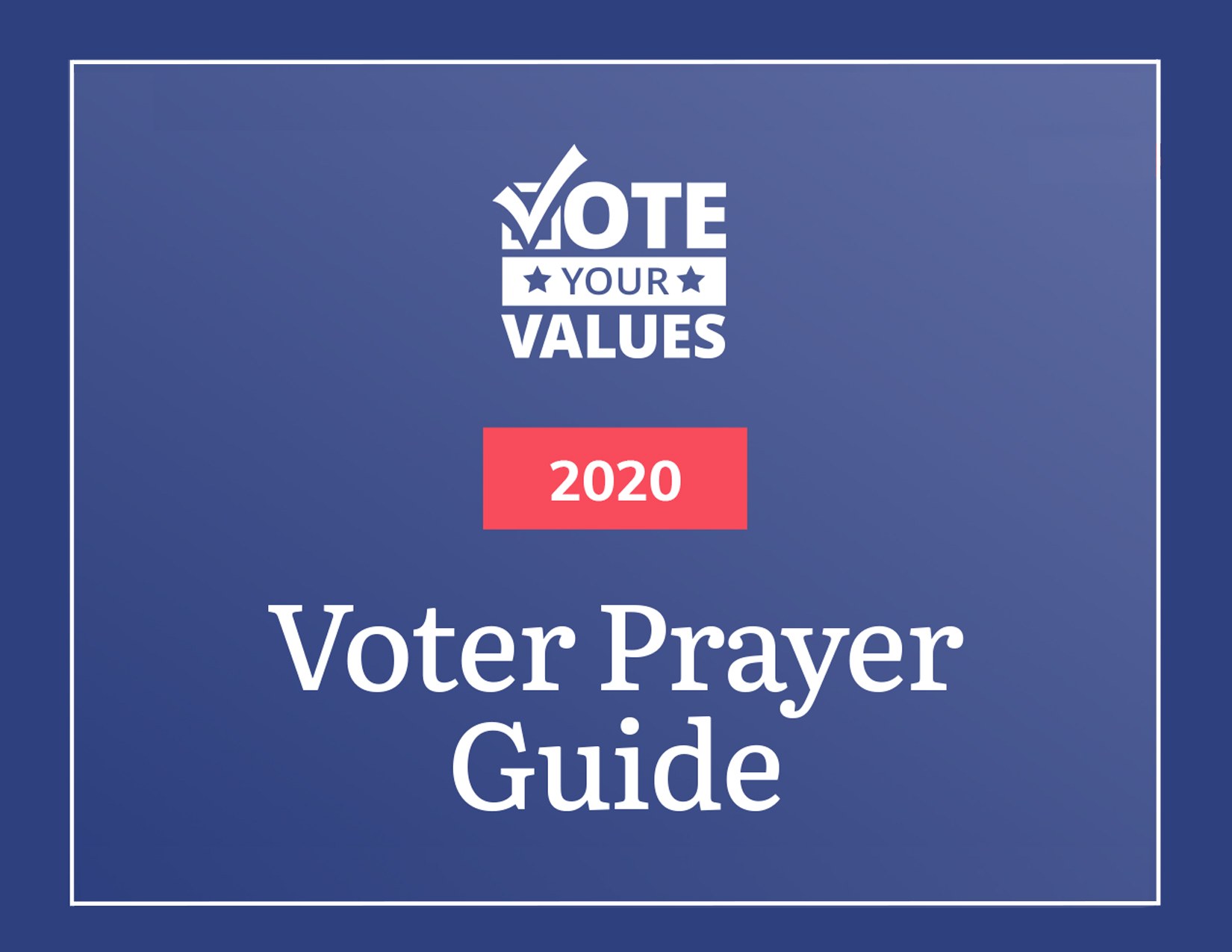 < Presidential Primary Coverage
How and Why We Partner >

Why Vote?
Coronavirus Election Dates
Coronavirus and Voting
Does One Vote Matter?
Presidential Primary Coverage
Political Parties: What Do They Stand For?
How and Why We Partner
Election Ripple Effect
Watch and Pray
What We're Doing in 2019