iVoterGuide not only follows the money and the votes, we look at past and current supporters, as well as what the candidates say about themselves. We also provide candidate evaluations based on comprehensive research and assessment of the following four areas:

When iVoterGuide evaluates judicial candidates, we also consider the candidate’s previous rulings, awards, memberships in professional societies, and – when applicable – take into consideration the political philosophy of the state or federal executive who appointed them.

iVoterGuide provides a depth and breadth of research not offered by any other voter guide.

Each of the four research areas is explained in more detail below.

iVoterGuide gets legislative scorecards from over 300 organizations across the country. To help ensure that we represent a balanced view, we go to national and statewide organizations as well as to liberal and conservative organizations.

Each of the organization’s scores are visible on the candidate profile, as is a graph aggregating the scores and showing them as percentages on liberal and conservative spectrums.

Why are scorecards important?

Scorecards reflect grades or ratings given by third-party organizations to candidates based upon actual votes cast for certain bills or measures since they have been in office. iVoterGuide considers this data to be very important when evaluating candidates because it is outside evidence of a candidate’s commitment to their values and to their campaign promises.

Records are obtained from the Federal Election Commission (FEC) and state-level agencies to identify donations given and/or received by federal and state-level candidates. iVoterGuide contained over 67 million records in our database, and the list is updated regularly.

Why is the money trail important?

Money shows us links between people and organizations and also gives insight into stances on important issues.

Although people, corporations, and organizations give money for many reasons, iVoterGuide puts the most weight on issue-driven donations because they go to the heart of how a candidate will vote on topics most important to you.

iVoterGuide also uses donations to and from candidates to produce Projected Vote Ratings.

Why are endorsements important?

Endorsements in campaigns are much like references for a job interview. They help define candidates and establish their credibility.

Every candidate in a covered race is invited to participate in our issues survey, which is a carefully chosen list of questions, specifically targeted for the type of offices included in the election (federal, legislative, judicial, state education). Candidates are asked to respond to questions in categories such as: national defense, marriage, life, education, religious liberty, immigration, healthcare, Israel, and a statement of faith.

In key races, iVoterGuide might also perform independent research and provide links to external sources to supplement the survey. This method is used most often when the candidate has failed to answer the survey.

The process iVoterGuide uses to reach every candidate is also important. After the survey invitation has been extended, iVoterGuide follows up with emails, phone calls, and through social media to encourage candidates to complete the survey and to remind them of deadlines.

Finally, unlike other voter guides, iVoterGuide gives candidates the opportunity to preview the voter guide before it is published. They are able to see what the public will see and have the chance to report any erroneous data.

Why are candidate surveys important?

Surveys give candidates the opportunity to tell you who they are and what they stand for in their own words. iVoterGuide publishes the answers verbatim. Unlike debates, each candidate is given the opportunity to answer every question and to think through every answer.

In the event that a candidate does not answer the questionnaire, iVoterGuide’s annotations are also crucial. We cite sources and use their exact words to give you information about where candidates stand.

Judicial candidates are given a judicial philosophy survey rather than an issues survey because they are prevented by law from answering certain political questions. The unique survey developed by iVoterGuide gives judicial candidates an opportunity to express the foundation of their beliefs without making statements on how they would rule on specific cases.

iVoterGuide not only follows the money and the votes, we look at past and current supporters, as well as what the candidates say about themselves. We also provide candidate evaluations based on comprehensive research and assessment of the following four areas:

When iVoterGuide evaluates judicial candidates, we also consider the candidate’s previous rulings, awards, memberships in professional societies, and – when applicable – take into consideration the political philosophy of the state or federal executive who appointed them.

iVoterGuide provides a depth and breadth of research not offered by any other voter guide.

Constitutionally, a judge’s job is to interpret the law, not to legislate or set policy.  Therefore, iVoterGuide’s judicial ratings are based on our assessment of how a candidate will apply the law.  For instance, originalists generally believe they must apply the law exactly as written whereas activists tend to believe that the interpretation of law can vary over time and according to changes in societal norms.

Most candidates are evaluated by teams of volunteer panelists who have a commitment to conservative values and a genuine desire to help voters make informed choices when they go to the polls. Panelists must successfully complete a comprehensive leadership survey that is very similar to the candidate survey. Additionally, they must provide references and sign documents acknowledging they do not have conflicts of interest in the race. We seek candidates in all 50 states.

Judicial candidates are evaluated by iVoterGuide staff, and the scores are reviewed by independent judicial oversight panelists.

Once panelists are approved, they go through training so they understand the significance and relevance of each piece of information we have provided and are able to fairly and accurately evaluate each candidate.

As detailed in the first two questions, the information they are provided consists of candidates’ voting records; campaign contributions; endorsements; website and social media information; candidate responses to our survey; and other publicly available, originally sourced information such as press releases and direct quotations. Many panelists then do additional research and provide input. All information must be attributable, and we pass the additional information directly on to you in the Candidate Profile.

Once individuals are trained, they are assigned to a panel consisting of 3-5 members. Each panel is assigned a group of 30–35 candidates. Each panelist determines the candidate rating they would personally give each candidate, then they join in an online meeting with other fellow panel members to discuss their evaluations and recommend a panel-wide concensus rating for each candidate.

Candidates are evaluated on a scale from very conservative to very liberal based upon the level of confidence that a panel has on whether the candidate will vote conservatively.

Finally, an oversight panel meets to review the evaluations.

The collective group rating as approved by the oversight panel is the evaluation you see on the voter guide.

At iVoterGuide, we believe that every candidate is applying for the most important job he/she will ever have – the opportunity to represent you.

Millions of dollars are spent in the corporate world on the hiring process to find just the right candidate – and often much less is at stake than in the legislative and political arena. We recommend that you evaluate a candidate just like you would a potential employee, and that requires information.

iVoterGuide believes a good decision can only be made when you are presented with all of the information available.

We also know that different people have different priorities and process information differently. Some people believe that contributions are the most important data, while others look first to legislative ratings. Some voters want to see graphs and visual representations while others want to be able to view raw data.

Since every single vote matters, we present information in several ways so that every voter can get what they need to vote wisely.

Yes. iVoterGuide looks at much more information than just the survey.  We research contributions to and from candidates, endorsements, voting and judicial records (where applicable), and thoroughly investigate candidates’ website and social media accounts. If we are not able to find enough information to evaluate a candidate with confidence, they do receive an “Insufficient Information” rating.

Do you have more questions about iVoterGuide? See our Frequently Asked Questions! 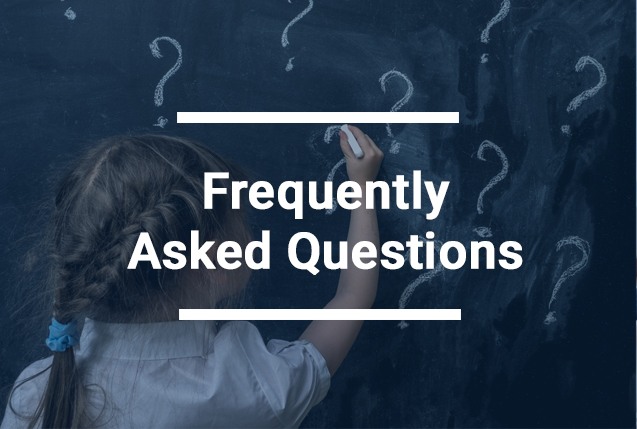